skip to main | skip to sidebar

So a few months ago I got a bug for Ogres. I knew I wanted them to be a bit different than the stock models. My original two ideas were either a Sigmarite Cult themed army with knoblars as flagellants and the Ogres as witch hunters or, a Mongolian themed army utilizing rhinox cavalry. After playing 1 game with a unit of rhinox it was an easy decision to make. 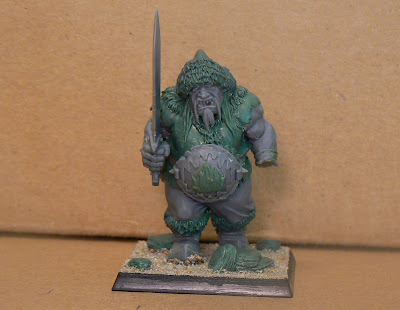 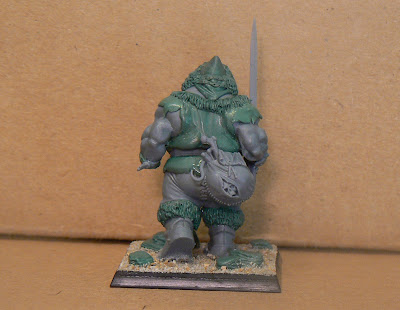 This is the first Mongolian style Ogre I've attempted. As you can see I have magnetized the hands so that I can switch between the ironfist and additional hand weapon. I have also added layers of green stuff to give him more leather, fur and his rad Mongolian hat. 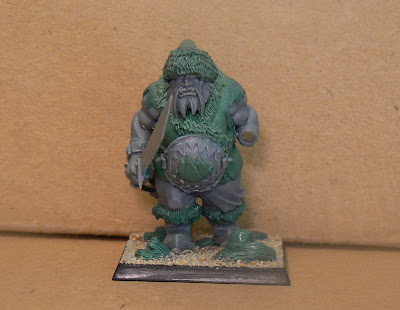 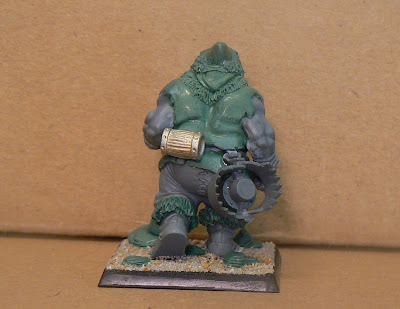 I am going with the Mountain Eater tribe for the army. In my mind they fit best with harsh climate and stubborn nature of these Ogres. This is why I have shaved off the rivets and sculpted the mountain on the gut plate. 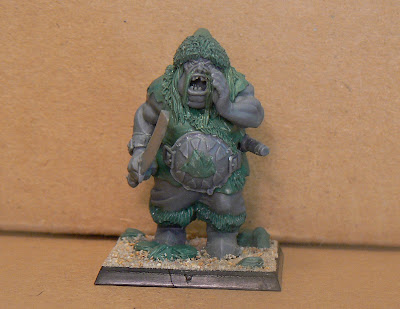 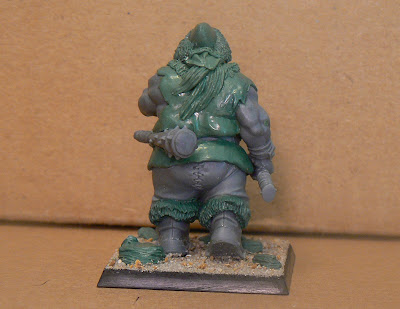 These next two got the same treatment. Other than the green stuff these models are pretty stock. Here is what they are looking like as a small unit. Forgive these pictures, I did not realize my camera lens was that dirty. 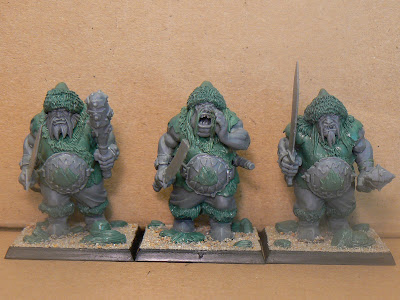 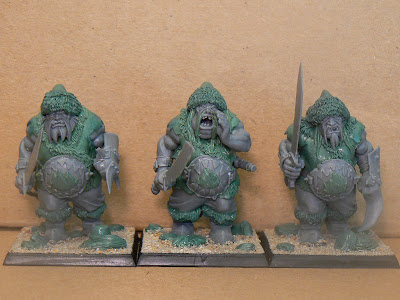 This green stuff process is taking a bit longer than I had expected but then again I am pretty rusty. Let me know what you think.

Posted by JakeLandis at 1:19 PM